Someone has a sick sense of humor.

From the Chernobyl series-- a blue beam of light going up from the exploded reactor: 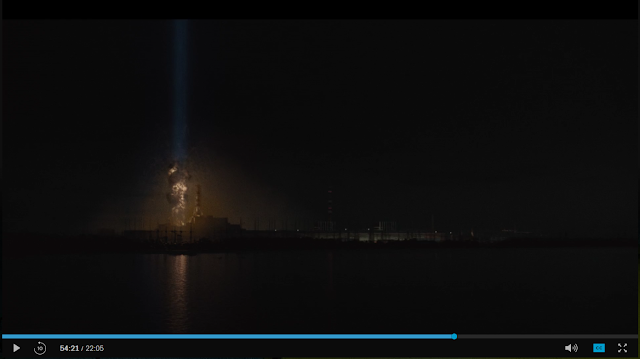 Remember the WTC "Tribute in Light"? 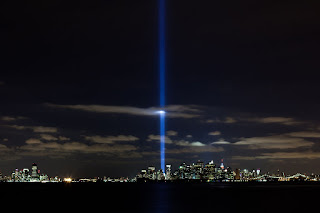 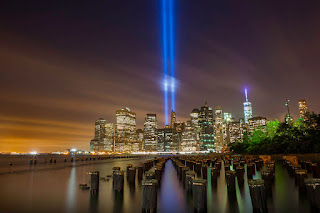 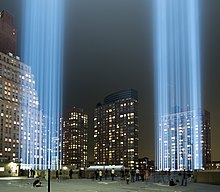 To be clear, the lights at the WTC were added in much later after 9/11 with searchlights, but the similarity with the Cherenkov radiation as Chernobyl is bizarre given our suspicion that the WTC demolition was nuclear!

Of course there were massive increases in cancer at Chernobyl and the Ground Zero workers at the WTC developed high rates of cancer.

Assuming nukes were used at the WTC, they were clearly cleaner, used less nuclear material, were much more efficent and much more focused on destruction.

Then, this was JUST STUNNING-- in the 5th and final episode, a very blatant 33 associated with the nuclear blast of the reactor.

The scientist, played here by Jared Harris, recounts the events leading up the explosion and he says the power of the reactor went "beyond 33,000 megawatts". His use of "beyond" is the tip-off that they are specifically referencing 33. And then the nuclear explosion occurred. 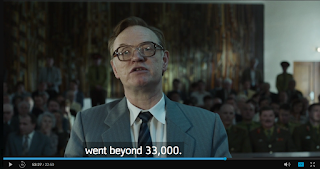 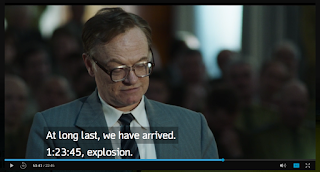 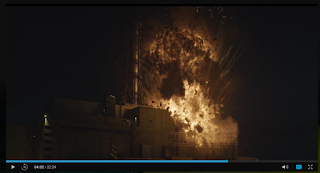 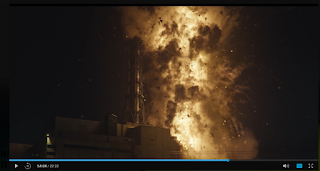 Note the streaming trails coming off the explosion cloud, like is seen in other nuclear blasts and like in the WTC event. 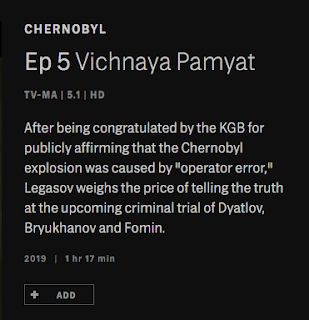 33 years after the Chernobyl nuclear explosion and meltdown, an excellently-produced record-setting miniseries on the disaster is released by HBO.

It's well-worth a watch. Particularly interesting in the context of the WTC "nuclear event".

On National TV, Trump Outright Says he Would Commit Treason 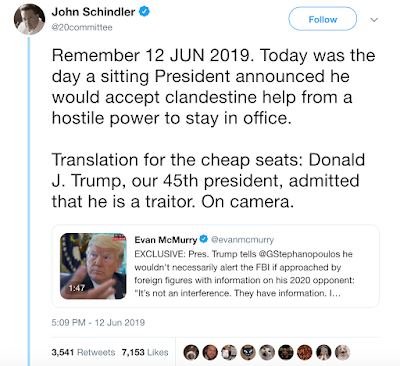 'I think I’d take it': In exclusive interview, Trump says he would listen if foreigners offered dirt on opponents

"NASA launches rah-rah trailer for 2024 moon mission: 'We are going'"

A criminal complaint filed last year but unsealed Monday reveals that Lebanese-American businessman George Nader, a witness in special counsel Robert Mueller’s investigation, was under investigation for transporting child pornography while serving as a witness in the Mueller probe.

Nader was first charged in April 2018, three months after being detained upon arrival at Washington-Dulles Airport by FBI agents working with the Mueller investigation. There, he gave up cell phones where the government allegedly found “visual depictions of minors engaged in sexually explicit conduct.” An affidavit attached to the criminal complaint against Nader was unsealed Monday, after Nader was arrested once more at New York’s JFK International Airport.

The document states that a federal magistrate signed a search warrant for the Middle East-U.S. fixer one day before his January 17, 2018 arrival at Dulles. “The search warrant pertained to a matter unrelated to child pornography,” the filing reads. When Nader arrived at the airport from Dubai last year, he was “voluntarily interviewed by FBI agents” about this unrelated matter, the filing reads. At the end of the interview, Nader’s three iPhones were seized pursuant to the search warrant.

The affidavit suggests that the FBI did not discover that Nader was allegedly carrying child pornography until Feb. 12, when “the case agent for that other matter uncovered multiple files which appeared to contain child pornography.”

Nader ultimately spent months cooperating with the Mueller investigation, and testified before a grand jury in the matter.

Investigators were interested in his role in brokering a January 2017 meeting in the Seychelles between Blackwater founder Erik Prince, the crown prince of the UAE, and Russian Direct Investment Fund chief Kirill Dmitriev.

The Mueller report describes Nader as an intermediary between Dmitriev and the Trump transition team. The report says that Dmitriev, acting on orders from Russian President Vladimir Putin, reached out to Nader “to introduce him to Trump transition officials.”

Nader was also a useful witness because of his work with Trump fundraiser Elliott Broidy. The two of them first met at Trump’s inauguration, and reportedly ended up cooperating on a plan in which Broidy would push for anti-Qatar policies in the Trump administration while Nader would attempt to cultivate $1 billion in consulting contracts from the gulf state’s regional enemies: the UAE and Saudi Arabia.

Also, just found this interview from 2016 of "Katie J", who claims Trump raped her when she was 13.


Katie J's Testimony v. Donald J. Trump:   Alleging he tied, beat, raped and threatened her with murder when she was 13 years old from UAC Liberty on Vimeo.

Remember the "Pizzagate" claims from 2016, of John Pedesta and Hillary Clinton being involved in a pedophile ring? There was never any hard evidence of such a ring and much of the story appeared to be contrived disinfo bullshit.

Trump is the worst, most clearly evil, criminal, dishonest and corrupt president ever.

In a twist that could rival a great television drama, “Jeopardy!” powerhouse James Holzhauer lost on the episode broadcast Monday — just as he was on the cusp of surpassing the 15-year-old earnings record of legendary champion Ken Jennings.


Holzhauer’s historic run, in which he averaged almost a jaw-dropping $77,000 per episode, came to an end after his 33rd game.