Sadly not even a joke 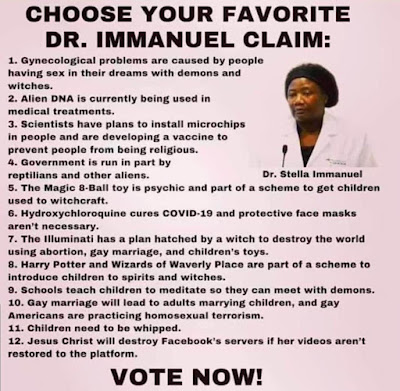 33 of the Day: Trump Recession

The Anti-Tyranny Militiamen And NRA Nuts Are AWOL

Fact is all those "freedom-loving" gun-waving anti-tyranny dudes are just blowhard rightwing assholes. 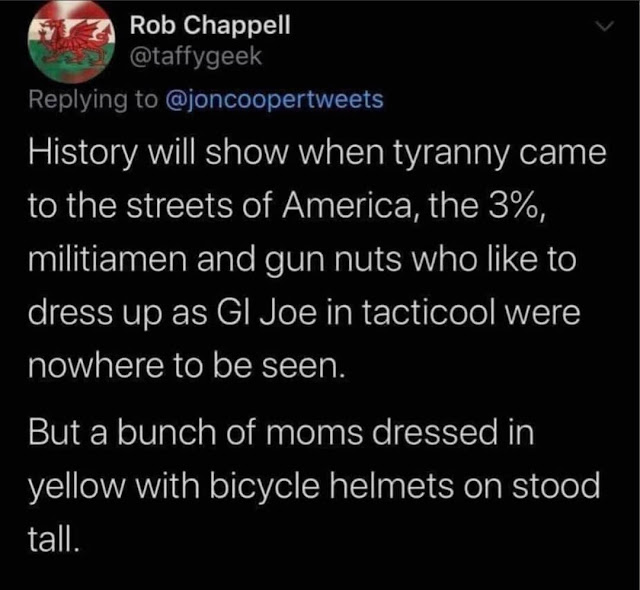 The Wall of Vets joins the Wall of Moms in Portland

The Lead Federal Agency Responding to Protesters in Portland Employs Thousands of Private Contractors. Congress needs to shine a light on the use of private security firms, including ‘Blackwater’ legacy companies, in Trump’s response to ongoing civil rights protests.
https://medium.com/@wkc6428/the-lead-federal-agency-responding-to-protesters-in-portland-employs-thousands-of-private-db137349f8b0

The very idea seems, on the face of it, sheer madness. In Portland, Oregon, federal security officers dressed for combat—wearing jungle-camouflage uniforms with unclear markings, carrying heavy weapons, using batons and tear gas—are patrolling the streets, making random arrests, throwing people into unmarked vans. The officers do not come from institutions that specialize in political crowd control. Instead, they come from Customs and Border Protection, Immigration and Customs Enforcement, the Transportation Security Administration, and the Coast Guard. These are people with experience patrolling the border, frisking airline passengers, and deporting undocumented immigrants—exactly the wrong sort of experience needed to carry out the delicate task of policing an angry political protest.

Why has this been allowed to happen? Any rank amateur could have predicted that unprepared troops with guns would increase tension and prolong the crisis. The people in the White House and the Department of Homeland Security who have sent employees of ICE and the Coast Guard into Portland surely knew that they would make people angrier.

But although the administration’s behavior makes no sense as law enforcement, it makes perfect sense as a new kind of campaign tactic. Welcome to the world of performative authoritarianism, a form of politics that reached new heights of sophistication in Russia over the past decade and has now arrived in the United States.

Unlike 20th-century authoritarianism, this 21st-century, postmodern influence campaign does not require the creation of a total police state. Nor does it require complete control of information, or mass arrests.

It can be carried out, instead, with a few media outlets and a few carefully targeted arrests. That these tactics are not “totalitarian” doesn’t make them legal, acceptable, or normal. I repeat: Citizens’ rights are being violated in Portland. People have been hauled off the streets into unmarked vehicles. Long-standing precedents about the relationship between states and the federal government have been overturned. Lawsuits have already been filed. 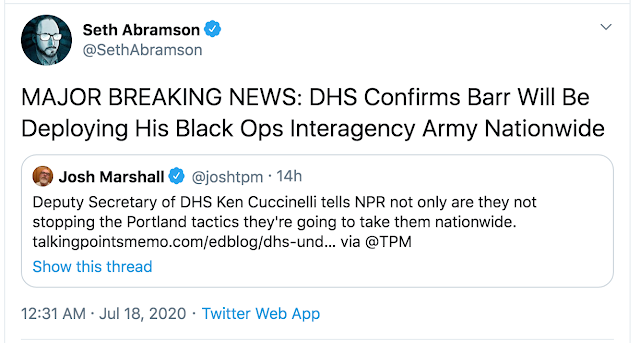 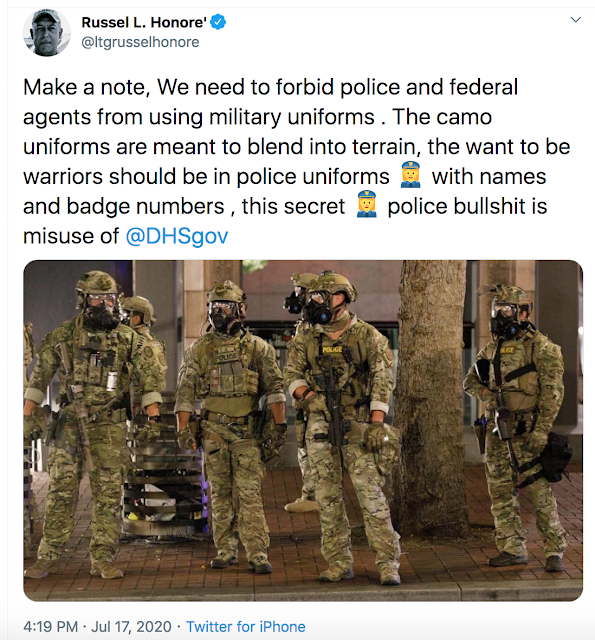 Sure is weird how many pictures there are of Trump and Maxwell together. 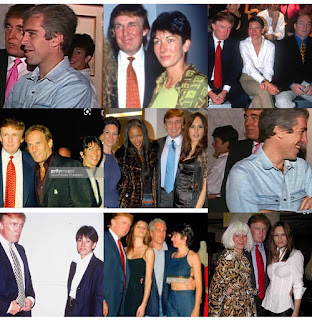 WHEN JEFFREY EPSTEIN signed his notoriously lax plea deal in 2007, one of the stipulations to the agreement was that his co-conspirators, especially including his premier partner in sex crime, Ghislaine Maxwell, be granted immunity from prosecution. In an interview with Narativ’s Zev Shalev last month, Maxwell family associate Laura Goldman explained that her friend Ghislaine was not concerned about prosecution, because of that plea deal. The erstwhile socialite thought the feds couldn’t touch her. She thought wrong.

Yesterday, in a shocking development, the FBI arrested Ghislaine Maxwell. She’d been “roughing it” in her skytop redoubt in the pristine New Hampshire town of Bradford—a property she purchased via a shell company after Epstein’s arrest, called, appropriately, “Tuckedaway.” The locals had no idea. “You wouldn't believe they’d be up here, of all places,” Bradford resident Angela Murphy told NBC Boston. “We are in the middle of nowhere.”

The Indictment unsealed today alleges that between at least in or about 1994 through 1997, MAXWELL and co-conspirator Jeffrey Epstein exploited girls as young as 14, including by enticing them to travel and transporting them for the purpose of engaging in illegal sex acts. As alleged, knowing that Epstein had a preference for young girls, MAXWELL played a critical role in the grooming and abuse of minor victims that took place in locations including New York, Florida, and New Mexico. In addition, as alleged, MAXWELL made several false statements in sworn depositions in 2016.

At a high-noon press conference, Audrey Strauss, the freshly-minted Acting US Attorney for the Southern District of New York—who appears to have taken the “Acting” part of her title literally—said, “As alleged, Ghislaine Maxwell facilitated, aided, and participated in acts of sexual abuse of minors. Maxwell enticed minor girls, got them to trust her, and then delivered them into the trap that she and Jeffrey Epstein had set. She pretended to be a woman they could trust. All the while, she was setting them up to be abused sexually by Epstein and, in some cases, Maxwell herself.

Today, after many years, Ghislaine Maxwell finally stands charged for her role in these crimes.” Maxwell was remanded to custody, and it is unlikely the judge will grant bail. So: Jizz Lane’s going down. And she has the power to take a lot of wealthy and powerful individuals down with her. Not only was she Epstein’s chief accomplice, involved in years of unspeakably odious activity, but as the daughter of the superspy Robert Maxwell, she is the keeper of the kind of secrets that could upend governments, to say nothing of individual lives. The ripple effects of her arrest extend to the ends of the earth.

Here is a smattering of famous and not-so-famous people who should be shitting a brick this morning:

Bill Clinton-- It was Ghislaine, best as I can tell, who brought Clinton into Epstein’s orbit. As I wrote last week, I have not seen any charges that the former president availed himself of the young women in Epstein’s entourage—the “Filthy Rich” documentary makes no such allegations; to the contrary. On the other hand, Clinton is certainly lying about how chummy he really was with Epstein. He wasn’t just on the “Lolita Express” for the big humanitarian trip to Africa—he flew on Epstein’s private jet a lot. And he claims never to have visited Little St. James, but the telecom worker interviewed in the documentary insists that he saw Clinton on Epstein’s island. What else might 42 be lying about?

Donald John Trump-- Eric Trump, the president’s dimmest son, posted a photo of Ghislaine Maxwell at the wedding of Chelsea Clinton. He took the post down, after he was deluged with pictures of his father in the company of Ghislaine and her beau, Jeffrey Epstein. There are allegations that Trump partook of Epstein’s rape parties. Are the allegations true, and if so, will Maxwell confirm them?

Prince Andrew-- If Queen Elizabeth’s son manages to avoid prosecution, it is only because he is Queen Elizabeth’s son. He has been friends with Ghislaine for a long time; best as I can tell, they have known each other since they were children. She has the power to destroy him once and for all. Will she?

Les Wexner-- The exact nature of his involvement with Jeffrey Epstein is not just Victoria’s Secret; it’s Ghislaine’s.

Alan Dershowitz-- The criminal defense attorney to the stars has been in meltdown on Twitter all week, making allegations against the Miami Herald’s Julie K. Brown that, to be honest, I don’t fully understand. One of Epstein’s victims, Virginia Roberts Guiffre, alleges that Epstein coerced her to have sex with Dershowitz. He has vociferously proclaimed his innocence, on every platform available to him. Doth he protest too much? Ghislaine knows.

Alex Acosta-- Trump’s former Secretary of Labor was the US Attorney who covertly negotiated, and signed off on, Epstein’s sweetheart plea deal. At last, we may get to know why.

Bill Barr-- Last week, the corrupt Attorney General tried to replace Geoffrey Berman, the US Attorney for SDNY, with one of his own loyalists, presumably to quash a big case in the Southern District. The gambit failed. Might this have been the indictment he was trying to torpedo? Barr certainly has connections to Epstein: his pervy father hired him at Dalton, and he himself was in charge when the sex trafficker and arms dealer “committed suicide.” Ghislaine likely has dirt on the Barr family, too.


And these are just the people we know about. There are sure to be others. Ghislaine Maxwell grew up as a spoiled socialite who worshipped her father—the media magnate and spy who, when he died in 1991, was in the middle of a Ponzi scheme in which he stole money from his company’s pension. From what I’ve been told, and what I’ve heard others report, she is painfully insecure, constantly name-dropping and talking about how great her dad was. She allowed Epstein to manipulate her for decades. Laura Goldman insists she’s “nice.”

The point is: I don’t get the sense that she’s the mentally toughest person around. She ain’t Paul Manafort. Odds are, she will cooperate. Which must be disturbing the restful slumber of everyone on the above list. Ghislaine Maxwell was dangerous when she was out and about. Now that she’s in federal custody, looking at decades in the slammer? Rich and powerful men would rest easier if she were dead. Which means that making the case against her is the easy part; the hard part will be keeping her alive through the trial. Fortunately, Audrey Strauss seems up to the task. 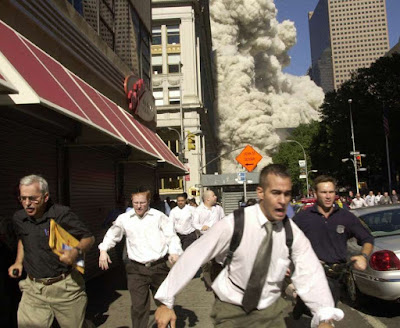 In this Sept. 11, 2001, file photo, people run from the collapse of one of the twin towers at the World Trade Center in New York.

Stephen Cooper, far left, fleeing smoke and debris as the south tower crumbled just a block away on Sept. 11, has died from coronavirus, his family said, according to The Palm Beach Post.

DELRAY BEACH, Fla. (AP) — A man photographed fleeing smoke and debris as the south tower of the World Trade Center crumbled just a block away on Sept. 11, 2001, has died from coronavirus, his family said. The Palm Beach Post reported that Stephen Cooper, an electrical engineer from New York who lived part-time in the Delray Beach, Florida area, died March 28 at Delray Medical Center due to COVID-19. He was 78. The photo, captured by an Associated Press photographer, was published in newspapers and magazines around the world and is featured at the 9/11 Memorial Museum in New York. “He didn’t even know the photograph was taken,” said Janet Rashes, Cooper’s partner for 33 years. “All of a sudden, he’s looking in Time magazine one day and he sees himself and says, ‘Oh my God. That’s me.’ He was amazed. Couldn’t believe it.”

Is Trump's Stupidity Just a Distraction from His Treason and Corruption?

Because this is SO freaking stupid. 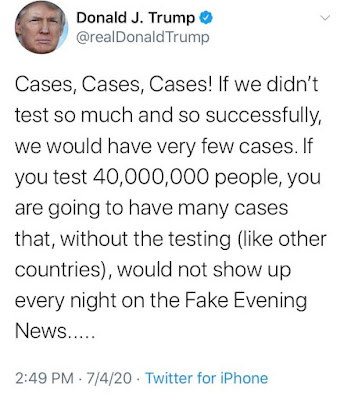 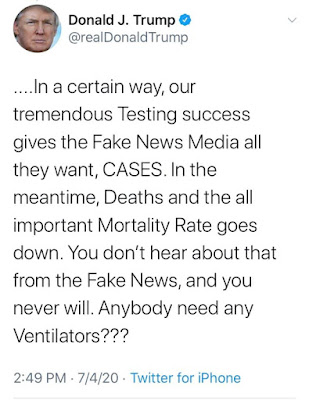