In a World on Fire, Stop Burning Things

-- we actually have the technology necessary to rapidly ditch fossil fuels.
Good piece from Bill McKibben
Related:
IPCC report: ‘now or never’ if world is to stave off climate disasterGreenhouse gas emissions must peak by 2025, say climate scientists in what is in effect their final warning
1,000+ Scientists Worldwide Engaged in Civil Disobedience for Climate Action

Russia Is Committing Genocide In Ukraine

Ukrainian President Volodymyr Zelensky, visibly shaken by evidence of the Russian military’s atrocities against Ukrainian citizens in the recently liberated suburbs of Kyiv, on Sunday condemned the slaughter as genocide.

The Biden administration has been more cautious: On Monday, national security adviser Jake Sullivan said, “We have not yet seen a level of systematic deprivation of life of the Ukrainian people to rise to the level of genocide.” He promised to “continue to monitor” the situation.

Yet genocide is unfolding before our eyes. Often called “the crime of crimes,” genocide is considered the absolute nadir of human behavior. Activists and politicians tend to apply this label to anything they deplore, even to the vaccination of children against the coronavirus. That degrades the crime, cheapening it.

As a scholar of the Holocaust and a descendant of Holocaust survivors, I am well aware of the need for caution, and in the past have criticized the governments of many post-Soviet states — including Ukraine, where I was born — for misusing the term. Not now.

Contrary to popular perceptions, shaped by the Holocaust and Rwanda, perpetrating genocide does not require large numbers of victims. The intent and logic of targeting are the key. The 1948 U.N. Convention on the Prevention and Punishment of the Crime of Genocide defines genocide as “acts committed with intent to destroy, in whole or in part, a national, ethnical, racial or religious group.”

This definition is not without drawbacks. An updated version might expand protected groups to include those defined by gender, age or sexual identity. The document also does not define, in absolute numbers or percentages, when killings cross the line into genocide; “in whole or in part” is open to interpretation. And proving intent is difficult, especially if orders were given orally or were camouflaged by bureaucratic jargon. The violence in Ukraine has none of these issues. Bucha, near Kyiv, is just one town, but the horrifying murders there are a part of a broader pattern.

Deliberate targeting of Ukrainian civilians, especially those who self-identify as Ukrainians, with bombardment, murder and abduction have been recorded in other parts of Russian-occupied Ukraine. The massacres near Kyiv are, according to Ukrainian authorities “just the tip of the iceberg,” and in the coming days, evidence of similarly appalling atrocities is likely to emerge as more areas are liberated. An isolated local massacre might be labeled a war crime; a series of massacres reflect a campaign intended to destroy Ukrainians as a national group, if not in whole, then certainly “in part.”

Yet massacres alone are insufficient to meet the genocide criteria; an intent to destroy a protected group is required. The inflammatory rhetoric of Russian propaganda and Russian President Vladimir Putin himself rejecting the very idea of Ukrainian statehood do not on their own constitute proof of an intent to destroy a national group. Trying to engineer regime change in Kyiv or Ukraine’s reorientation from the West toward Russia would not constitute genocide.

The Russian invasion almost certainly originally aimed to achieve these goals. But when Russian soldiers and leaders discovered, to their astonishment, that Ukrainian citizens had no desire to be liberated from the Western yoke and instead fought back ferociously, Russian thinking shifted from colonial to genocidal. Though evidence of this shift is abundant, one of the most explicit examples is an article, titled “What should Russia do with Ukraine,” published on April 3 by the Russian state-owned media outlet RIA Novosti. Echoing the arguments made earlier by Putin and other Russian leaders, the article outlines a clear plan to destroy Ukrainians and Ukraine itself. After a Russian victory, it argues, Ukraine “is impossible as a nation state,” and its very name “likely cannot be retained.” The Ukrainian nationalist elite “need to be liquidated, its reeducation is impossible.” But a “substantial part of the populace” is “also guilty” and would require “reeducation” and “ideological repressions” lasting “at least a generation” and would “inevitably mean de-Ukrainization.”

It is hard to imagine a more actionable template to destroy a national group. The text’s publication on a major state media platform would have been impossible without explicit approval from above. The combination of official statements denying Ukraine and Ukrainians the right to exist, and mounting evidence of deliberate, large-scale targeting of Ukrainian civilians, leaves little room for doubt. The threshold from war crimes to genocide has been crossed.

What are the practical implications of applying the genocide label? In the longer term, it should prompt a more comprehensive approach for collecting evidence and holding perpetrators accountable, along the lines of the International Criminal Tribunals established for the former Yugoslavia and Rwanda. But in the shorter term, acknowledging that a genocide is underway might shift perceptions in the West, encouraging much tougher sanctions on Russia and more advanced weapons deliveries to Ukraine. The Ukrainian people cannot wait for “monitoring” the grisly evidence that grows by the day.

Another source for the case of genocide.

Found on twitter and passing this along, weird but intriguing.

I didn't remember this ETEAM thing, it is a bit different from the Gelitin B art thing.

What gets me is the overlay of the ETEAM thing with where the first "plane" hit and there's sort of plane silhouette under "ETEAM".

I don't know about the identifcations here but still intriguing. 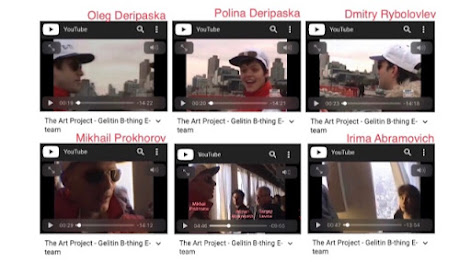 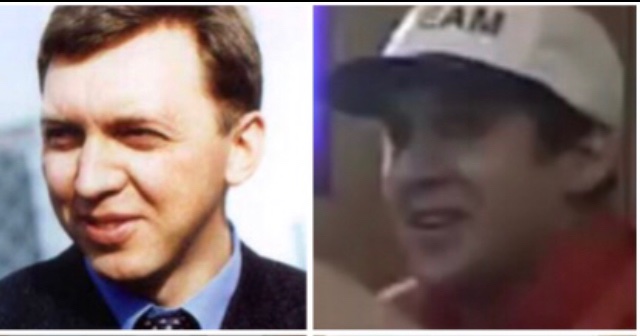 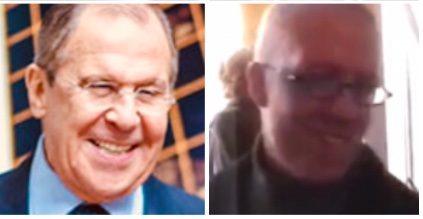 Video where some of this is from. Weird shit.

The "art project" seems quite stupid but seems determined to line up a flying craft with a window high up on the WTC and get pictures of people inside. Hmm...