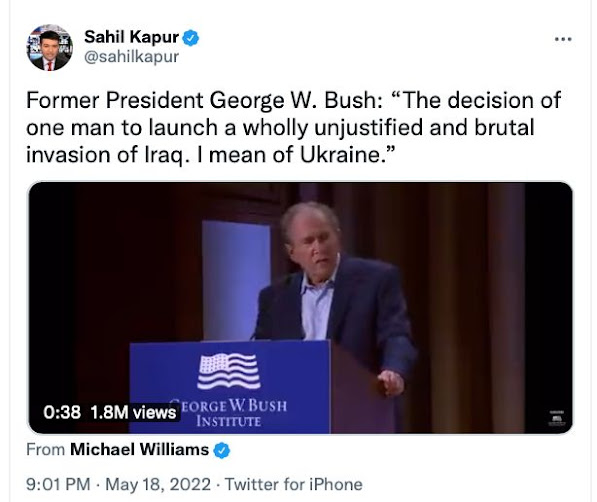 Historic UFO Hearing in the US House

No bombshells obviously, but good to see it taken seriously.

I’ve been a pastor in the church for over two decades, much of that in predominantly white churches in the American South. I’ve spent countless hours in church staff meetings and men’s Bible studies and youth pastor conferences. I’ve stayed connected on social media with thousands of people still there in those churches. I read what they share and post and amplify and I know how they think and what they believe.
I need you to understand something and I say it without any hyperbole: white Evangelicals need to be stopped, now.
If the 2022 midterms elections allow Republicans to gain control of Congress, Conservative Christians will decimate this nation, and LGBTQ people, Muslims, women, people of color, and non-Christians will never have equality under the law again.
We will all be at their mercy—and they will no longer have use for mercy.
This is not alarmist, sky-is-falling histrionics, it is the clear and sober forecast from someone who knows these people better than anyone.
Over the last decade and a half, as my theology shifted and my beliefs grew more and more progressive, I’ve been a kind of undercover Liberal in an increasingly extremist movement, that while once relegated to minor fringe noisemakers is now at the precipice of Roman Empire-level power.

They are less than two years away from having a dominance that they will wield violently and not relinquish.

I watched it all unfold from the inside: I was at a North Carolina megachurch when Obama was elected and I saw the shift take place firsthand. I saw the fear slowly being ratcheted up and the agenda become solidified and the prejudices leveraged. I was speaking regularly at the Billy Graham headquarters when Fox News reporters and Republicans like Sarah Palin started walking the halls with frequency.

I saw the messages at pastor’s conferences grow more incendiary and urgent, and heard the supremacist dog whistles become louder and more frequent.

While many decent people around this nation celebrated the progress of a black president and the many civil and human rights victories and gradually let down their guard—the white Conservative church set off the alarms and prepared for a holy war.

Yet, they were still a largely powerless, dying dinosaur until 2016, when Donald Trump acquired the presidency and gave the Evangelicals the perfect amoral partner to serve as the biggest bully pulpit they’ve ever had.

Combine that with a fragmented Left, a general fatigue by the larger population, a ceremonial victory in Congress (thanks to Joe Manchin and Krysten Sinema), and Republican attacks on voters’ rights— and we are now a hair’s breadth from the subjugation of diverse humanity here.

These are not followers of Jesus despite the trappings and window dressing. They are Jesus-less extremists: blind zealots for nothing but power. They have been conditioned by decades of polluted theology and FoxNews alternative facts to see diversity as a threat, to see progress as attacks on America, and to interpret more people being treated with dignity as oppression of white people.

Trust me when I tell you that we won’t recover from the theocracy Evangelicals are constructing once it is established.

If we fail in 2022, they will have a political power that will render every election null and void, and we will never have a voice again in our lifetimes.

Women will lose autonomy over their own bodies. LGBTQ people will have the rights to marry and adopt taken away. People of color will be fully squeezed out of the electoral process. Immigrants will be denied access to opportunity and refuge here. These are not creative projections. They are precisely what Evangelicals have repeatedly stated as their intentions, and they’re closer than they’ve ever been to having a rubber stamp.

We can still stop it, though. We just need a unity and coordination that transcends theirs. We need a sustained, passionate, dedicated defense of humanity that rivals their relentless assaults on it.

I wish more decent people in America remembered they are among the vast majority instead of acting as if they are helpless victims of Republican Christians. We could defeat them, and we need to. We just need to stop lamenting how much damage they are doing and start doing something to oppose them. We’ve seen this play out throughout history and we know how it ends. We know what unchecked religious extremist is capable of and we know the cost of the silence and inaction of good people.

We also know what people are capable of when they refuse to accept fascism and white supremacy cloaked in the Bible and wrapped in the flag, when they fight for something inherently good together.

As someone who knows just how much these Christians have lost the plot of their faith tradition, believe me when I tell you that they cannot be allowed to steer this nation.

It will not end well for the disparate people who call it home or who one day wish to. Love and equity and diversity are in the balance.

It’s time we made a choice. It may be the last one we get.

Also remember these radical evangelicals do not care about climate change or anything else progressive or open-minded or decent or scientific. They will let the world burn to have power for their sick delusions.

It's far from the biggest deal about 9/11 and ultimately the majority of the blame falls on US govt for the attacks, but it still so silly that this is some secret that needs to be kept.

The basic story revolves around obvious Saudi spy and FBI informant Omar al_Boyami and new "revelations" from the FBI.