Greenhouse gas concentrations continued to rise in 2018, with carbon dioxide levels hitting an all-time high of 407.8 parts per million, according to a report released by the World Meteorological Organization on Monday.

The grim assessment comes just days before the UN Climate Change conference begins on Dec. 2, highlighting the increasing levels of three greenhouse gases contributing to global heating as a result of human activities. The last time the Earth had comparable concentrations of carbon dioxide in the atmosphere was approximately 3 million years ago, when the temperature was approximately 3 degrees Celsius (5.4 degrees Fahrenheit) warmer and sea levels were up to 20 meters (65 feet) higher.

"There is no sign of a slowdown, let alone a decline, in greenhouse gases concentration in the atmosphere despite all the commitments under the Paris Agreement on Climate Change," said Petteri Taalas, secretary-general of the WMO, in a press release. The report details concentrations of three greenhouse gases known to greatly contribute to global heating: carbon dioxide, methane and nitrous oxide. These gases can remain in the atmosphere for long periods of time, trapping heat. The higher the concentration, the more heat they can trap. Of the measured gases, CO2 contributes the most to heating and is also absorbed by the oceans, lowering their pH and wreaking havoc on marine life.

So a subtle 33 imprint but more importantly, these numbers highlight the dramatic need for a massive effort to reign in carbon emissions if we are to avoid truly catastrophic global warming and ecocide.

33 of the Day: More Young People Are Dying in the US

About a third of the estimated 33,000 “excess deaths” that the study says occurred since 2010 were in just four states: Ohio, Pennsylvania, Kentucky and Indiana — the first two of which are critical swing states in presidential elections.

The state with the biggest percentage rise in death rates among working-age people in this decade — 23.3 percent — is New Hampshire, the first primary state.

“It’s supposed to be going down, as it is in other countries,” said the lead author of the report, Steven H. Woolf, director emeritus of the Center on Society and Health at Virginia Commonwealth University. “The fact that that number is climbing, there’s something terribly wrong.” He said many factors are at play.

The opioid epidemic is a major driver of the worrisome numbers but far from the sole cause. The study found that improvements in life expectancy, largely because of lower rates of infant mortality, began to slow in the 1980s, long before the opioid epidemic became a national tragedy.

The 33,000 excess deaths are an estimate based on the number of all-cause midlife deaths from 2010 to 2017 that would be expected if mortality was unchanged vs. the number of deaths actually recorded by medical examiners.

I had some interesting 33-related synchronicity yesterday around the number 27.

First, from listening to a podcast*, I realized the Rubik's cube** is a cube of 3 x 3 x 3 cubes and that there are 27 cubes in such a block.

Interestingly, cubed is a mathematical function meaning to the power of 3.

The synchronicity came from first hearing about the Rubik's cube and 33 and 27 cubes, then later on seeing a TV show (a British mystery show), where the plot death a with a song called "27", and also there were references to the famous "27 club". 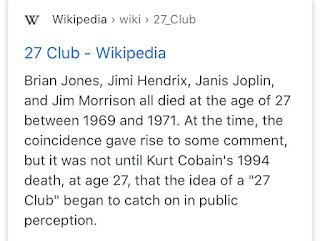 So 27 is a fascinating number for me!

There are an incredible number of important 27's in nature and spirituality, most notably 27 is the highest spiritual plane in Buddhism.

*in this episode on the podcast "Radio Mysterioso", where they were discussing dimensionality, higher planes of consciousness, and Hinton's cubes.


**Technically in the Rubik's cube, the very middle cube is some sort of hinge to allow rotation of the various pieces. Curiously, in a block of 27 cubes, 26 cubes are visible and only 1 is hidden on the inside, sort of like a secret cube.

This is really wild, and particularly striking and curious considering how much paranormal activity is linked with owls. 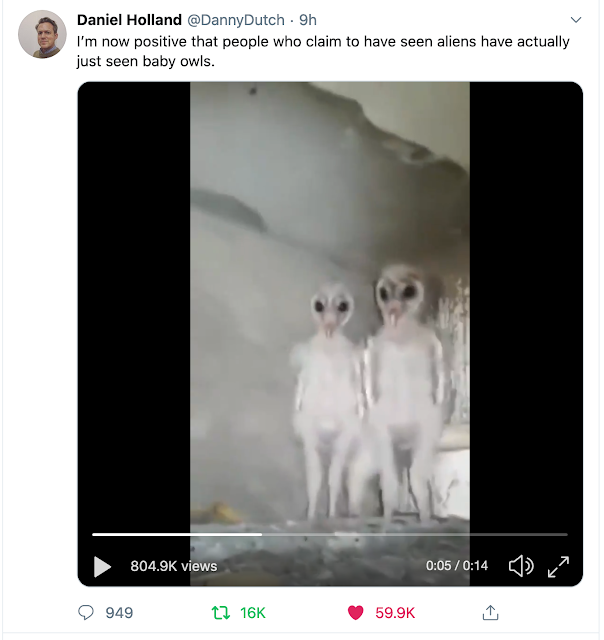 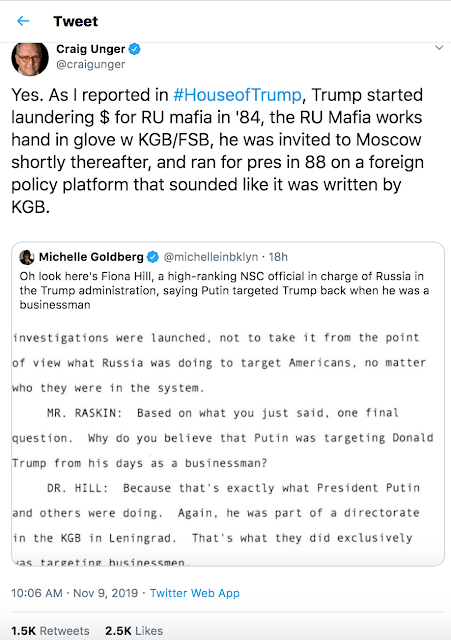 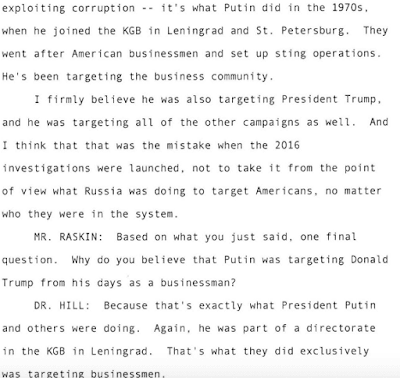 also Trump’s ties to the Russian mafia go back 3 decades: Journalist Craig Unger talks Russia, Trump, and “one of the greatest intelligence operations in history.”

and another article making the case that Trump has been a Russian asset for over 30 years now.

33 of the Day: One-Third of Americans Are On the Wrong Side 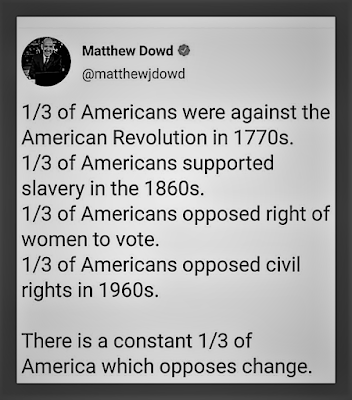 And in reality, when it boils down to it, probably about 1/3 of Americans support Trump, since 33% of the population tends to support authoritarians-- they are naturally predisposed to that:

Psychologists tell us that 33% of the population is inclined toward Authoritarianism. Stats back this up: Hitler came to power with 33% approval.