He Was Installed To Destroy the US 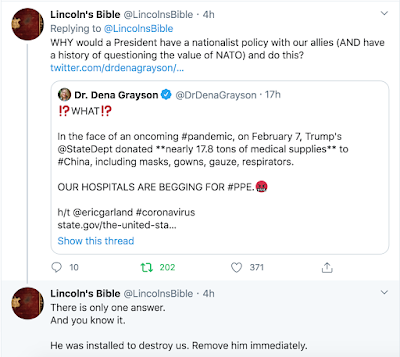 For some reason, two photos of Trump at two different pandemic briefings display a 33, but remarkably also highlight key things. The first is where Trump used racist language to refer to the virus, over-writing his briefing paper. The second is where Trump obnoxiously went after reporter Peter Alexander, calling him a terrible reporter, when Alexander asked what Trump had to say to people who were scared. Trump is a psycho and the 33 captures it. 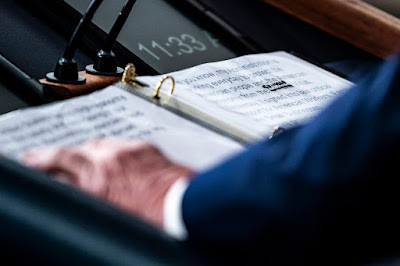 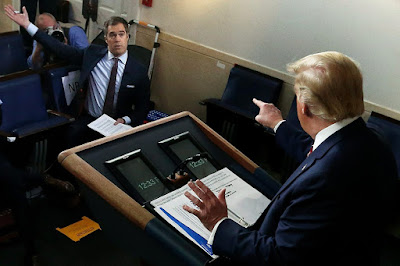 Of course these briefings are famous for Trump bullshitting and making everything worse, like he normally does. And they seem to be the replacement for Trump's rallies where he goes to rant, blather, ramble and generally act like a madman to his zombie-like cult.

Early in 2017, the Obama administration guided the new Trump administration through table top exercises that, among two other types of crises, had a major pandemic.

There were 3 role-playing scenarios: hurricane, pandemic and cyber incident.

The goal was to acquaint Trump officials with how to coordinate around major incidents.

In event of a pandemic, Trump team was told:
-Pandemics can start in other countries and don't respect borders
-Science must guide decisions
-Federal/state collaboration is key
-Consistent messaging needed
-Social distancing recommended
-"Days - and even hours - can matter"

This is very reminiscent of all the warnings to the Bush administration about 9/11 type attacks and the multiple NORAD drills that simulated hijacking attacks.

Like with 9/11 and the Bush administration, the question becomes-- is this really just "incompetence"? Or was there some malice here so they "let it happen on purpose" because they WANTED disaster?

Trump has previously said that only after everything crashes, can America be made "great again". 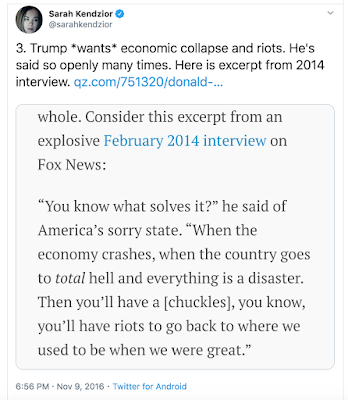 Stock market is WAAYYY down this morning.

Partly because of Trump's buddy: 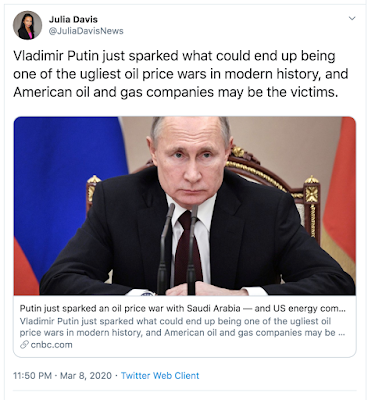 Watch for Putin taking advantage of the chaos and taking over some countries in Eastern Europe in the coming months...

The WTC Collapse Still Hasn't Been Modeled in Real Life


I may have posted this before but it's good to revisit it.

The dude puts a lot of work into modeling the WTC destruction and apart from supporting the demolition theory, he does a nice job showing how the official crush down/crush up model is ridiculous.

I should add that I found this model in the video below after looking at this video above:


This model is extensively discussed at a Metabunk discussion page here.

Obviously there are many aspects to this very complicated WTC destruction event and it's incredibly hard to model the towers properly given scaling issues. But as noted above, one model that's been discussed a lot is the crush down - crush up concept (also see the video above). This model doesn't seem to show that. The top falls apart quite quickly rather than acting as a "piledriver" for the crush down phase.

Also, worth noting that this tower is super flimsy-- does anyone think it could survive the equivalent of a 767 slamming into its side?

Remember When Trump Said How the Virus Cases Would Disappear from the US? 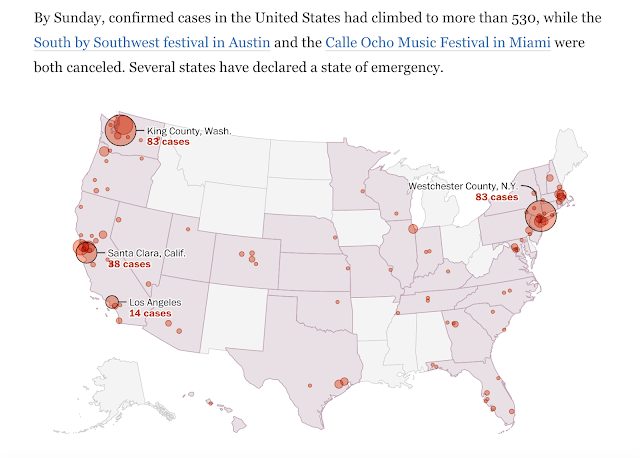 Trump has indeed fucked this up, massively in the most disturbing and worst ways, starting years ago.